It just doesn’t happen every day that you realize you are nineteen. That’s almost two confused decades on earth. You come from a happy family and generally surrounded by good friends and then it’s just some random moment while you are fretting over some test that you have to take, sipping tea, oscillating a pencil between your fingers and trying to concentrate on some complex mechanism which needs a lot of memorizing that your friend is trying to explain to you….and in that moment you are struck by the gravity of the idea that you are nineteen. Poor timing. Always.

Well, I want us to be together forever

But to wander wherever I may

I want you to be easy and casual

But still demand I stay

I want for you to know me completely

You are smart, active and very charming which inevitably means you have had many opportunities to fool around. Your heightened sense of ego however prevents you from making a fool of yourself and so you are saved from any real trouble. The thought of future fills you with doubtless optimism. You marvel at the fact that you are alive and let the moments seize you unguarded. When you walk you do not look on the ground to watch your steps. You pay little attention to what you look like or how loud you sneeze and what you sound like when you laugh.  You find socializing and especially meeting new people very exhilarating mainly because everyone has a story. You like stories. You listen to them. You begin to listen to not just what they are saying but also what they are not saying. That makes you a good listener but a poor talker. You don’t know how to tell your stories. You are always at loss of right words to do justice to your stories and even more importantly there is hardly anyone who really wants to listen to you so you wonder ‘why even bother?’. Over time you have become quieter, calmer, a bit more patient and a lot more insecure.

Climb to the top, look over the ledge

Dance barefoot on a razor’s edge

Reach for the stars, grab tiger by the tail

If you go home, you’re rolling the dice

It’s dinner time. You have been calling your daughter to come out of room and help you with the dinner but she’s a 15 year old smart girl who gets straight A’s and has a raging obsession with some no-sense-making, contemporary rock band which sometimes makes you wonder how smart she really is after all. You console yourself with the idea that it’s just the teenage hormones kicking in and she’ll turn out just fine. Meanwhile your daughter doesn’t like getting out of the bed and turning off her i-pod. She doesn’t particularly mind helping you out with the dinner or other house chores but it’s you she dreads these days. Your concerned and motherly sermons which you give doing these chores together, on how you have always looked up at her as an ideal daughter and how she must be cautious and very-very-sensible is what drives her away from you. You believe you are the mother so basically you know all about your kids is the arrogant assumption and you incredibly fail to realize the evil in it. Your husband comes home. He’s tall, bald and fat. He likes to have a decent dinner so you try to be very careful about that even though you had a bone-breaking day at work today. You are so much tired that you quit the idea of yelling at your daughter when she refused to come down for dinner saying she’s not hungry and almost slammed the door of her room on your face. You sit across your husband and your 10 year old son and start with the dinner quietly. You can hear the sound of your husband munching his food. It never ceases to irritate you. You try to ignore it and continue eating anyway when your son who has been playing with the peas on his plate starts to pick his nose. You give your son a quick sharp look while your husband looks disapprovingly at you. He doesn’t say it but it’s obvious that he blames you for whatever shortcomings he sees in the kids. He blames it on your career-oriented attitude because supposedly you didn’t invest in your family as much as you were obligated. You are a short, plum woman of 41 whose career is not extraordinary but still quite satisfactory, wife of a very successful man and a mother of two kids. The woman that you have become is worried about the dishes she has to wash afterwards and all she really wants right now is a bed so she can peacefully snore…..and she snores very loud too.

You love too much it’ll turn to hate

You eat too much, you’re gonna get fat

You buy a dog you’ll piss off your cat

You are dead. You have had an episode of angina before and the second time was the lucky time. In your last days you refused to go living with your son and his family as you didn’t want to leave the house where you had spent almost your entire life with your husband who had passed away some years ago. But your health had considerably deteriorated and you had to finally give up and move in with your son. Your grand kids don’t mind your presence and your daughter-in-law is also civil to say the least. They are considerate and polite to cancel on family trips and birthday parties for your sake but when they look at the clock and then look at you, you know what they are waiting for. You can’t complain mainly because there is nothing you can officially complain about and also because even if you tried, you never could since you don’t have the right words plus no one is really intent on listening so you wonder ‘why even bother?’. On your funeral there is a lot of gathering. Too many people who thought they knew you, have come up to pay their respects. They all have their excuses to come. Some are your relatives, some your colleagues and others just some old friends.In this crowd one of your grand-son who had some time back developed a crush on his far-off cousin has finally got a good chance to talk to her when she had come to give her condolence. He doesn’t get to see her very often so he takes the opportunity and somewhere in the conversation while they are ‘catching-up’ she just gave him her facebook ID. Today is the best day of his nineteen year old life.

So take a deep breath and enjoy the ride

‘Cause arrivals and departures run side by side 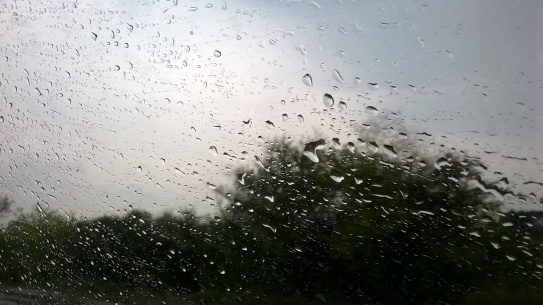