It wasn’t a very large room but it was airy. Flower patterned walls with too many holes- or maybe those were not walls but just huge windows- from floor to the roof. The ten year old me was standing in the shrine of Daata Ganj Bakhsh. It was my first visit and has been the last so far. I had heard my parents talking about taking us kids there as we were visiting a family in Lahore. I had imagined it to be somewhat huge- something straight out of the stories of Alif Laila. You can imagine my disappointment at finding that after passing through frighteningly dense crowds outside, it was afterall just a grave. The grave however, was a big one. Whoever was inside must be fairly tall. There were many heavy looking shawls on it and many more were still being laid on. Strangely the shawls were mostly either green or black in color.

Only pious men have shrines. If the pious men are awake in their graves- as has often been told to me, then I wondered how burdened and suffocated Daata Ganj Bakhsh must be inside his grave- under the continuous weight of embroidered velvet.

I was busy looking around at the walls and windows, lots of people coming in and going out but very few were talking. Most of them were silently praying and they all would come to the grave and bow on its marble edges.  I nudged my mother and asked her why were people bowing on a dead man’s grave? Don’t they know that we only bow before Allah? Or are they not Muslims like us? She shushed me with a look of warning and then almost whispered that they are all Muslims, like us and they are only paying their respects. She asked me if I had any special prayer. I told her I had many but if we pray to Allah and believe that He is everywhere then why do people come here for their ‘special prayers’?  I can’t recall what my mother said to me or maybe she didn’t hear me.

My mother had once told me that she had come here before and prayed for a daughter, and so I was born. There might be some truth to the greatness of this saint which I did not and still do not fully understand. So I decided to keep my vanity and ignorance in check and pay my respects.

I went near the grave and put my stretched hand on the marble edge- wondering that if he were alive, this would have been my handshake with him. I prayed to Allah to give this man most generous rewards in heavens and then went on about my petty issues and selfish wishes. I wasn’t finished when someone behind me- a woman perhaps, put her hand on the back of my head and made me bow. She released me few seconds after my forehead had touched the grave.

I let myself do something I absolutely did not approve of and I did nothing to resist it because a forceful hand, much bigger than mine had grabbed my head.

In a candid discussion on a social site the topic under discussion was if men are superior to women in the context of Islam. I, personally believe that superiority of any kind, is always earned. It’s never simply bestowed on anyone. Not even in the form of one’s gender.
“I for one, do not believe in a God who does not see humans as equals, it goes against everything He says He is.”- was a comment later made by someone in person. I was asked to write a blog on this and to put the following information to clarify this topic further. I never thought I’d ever write on such a thing but it only seems right to do so.
The Quran says: “You are members, one of another.” (3:195)
The following Hadith gives an apt description of the role of women: Men and women are two equal halves of a single unit. (Al Tirmizi)
The Quran says that men are in charge of, that is, they are ‘maintainers’ of women (4:34)-This leads to a common misconception that Islam gives a higher status to men than women. When did being maintainers become the same as being superior in status?
An example given in Quran about the woman who was strong enough to rule was given with reference to the people of Sheba. They lived in Yemen. The famous dam of Marib made their country very prosperous and enabled it to attain a high degree of civilization. The Quran tells us that they were ruled by a woman (27:23) without disapproving of her rule. Bilqis, the Queen of Sheba was very wise and sagacious. It is an accepted principle with the commentators of the Quran that when the Quran reports something without any disapproval, that means that has been approved of. Thus the example of the Queen of Sheba having found mention in the Quran shows that rulership is not man’s monopoly.
Of all the Qur’anic passages about men and women perhaps the one most often misunderstood or misused by both Muslims and non-Muslims is verse 34 of Surah an-Nisa. That verse is the one they all like painting wrong because it states, men are ‘qawwam’ over women. ‘Qawwam‘, they translate as superior. This made a huge confusion for a long time till it was cleared. The clarification was the addition of a bracket, which said (in responsibility) The verse begins with the statement that “men are qawwamun over women”. The root of the key word, qawwamun (pl. of qawwam), is qama which means “to stand or to make something stand or to establish something”. It is often used in the Holy Qur’an in the sense of establishing religion or prayer. A related word is qa’im which means “one who stands or makes something stand”. Qawwam is an intensive form of qa’im and has a sense of continuity in the action involved. So it means one who is continuously standing over something (as, for example, a guard or caretaker) or one who is continuously making something stand, i.e. is maintaining it. In the Qur’anic usage of qawwam and related words there is almost always present an idea of propriety. For example, aqamah of salah is not only praying but also praying properly. The function of qawwam is also understood in the Qur’an to be characterized by fairness. Thus in 4:134 and 5:8, the only other passages in the Qur’an where the word is used, the believers are told: “O you who believe! Be qawwamin with fairness…” “O you who believe! Be qawwamin for God as witnesses to fairness…” From the statement that God has favored men more than women in some ways we should not conclude, as many careless readers of the Qur’an do, that Islam views men superior to women. For this statement does not exclude the possibility that in some other ways women may be favored more than men. In the words of the Holy Qur’an: “The nobler among you in the sight of God is the more muttaqi (righteous) among you.” 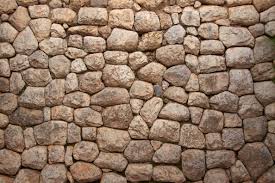